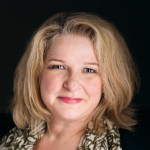 This year the whole world was put on hold.  For musicians and choristers alike, it has affected us in many ways.  We were planning to present Beethoven’s Missa Solemnis in the spring of 2019, but those plans had to be put on hold. Like many choirs we were able to continue to study online during our lockdowns while we awaited a solution from health regulations.  The SPNM choirs were able to study two great works while in lockdown, the Dubois Requiem as well as the Strauss Waltzes.

This fall we are planning in person rehearsals once again.  We are looking forward to presenting Johannes Brahms’s German Requiem in the spring of 2022.   We are also, as always, working on other concert opportunities.

We invite you to watch our social media platforms as well as consult this website for regular updates.

The SPNM will be recruiting new members this year as well as welcoming back many of our members.  Please visit our recruitment page for more information.

Our choirs are committed to bringing quality music to our audiences.  We are anxious to begin again where we left off.  We look forward to continuing to be part of your musical community once again. 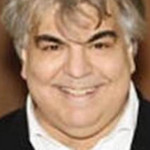 Mr. Desmarais has won several international Awards and premiered over 200 new creations, many from Canadian composers. Active on stages all over the world he has been invited to play in France, Italy, Germany, Poland, Romania, Russia, Mexico, USA and Canada. He was soloist with, among others, the Philharmonic Orchestras of Brasov (Romania), Szczecin (Poland) and Chihuahua (Mexico), as well as with I Musici de Montreal, Les Violons du Roy (Quebec ), and the Chamber Orchestra of Hull.

Mr. Desmarais has played in recital at the Banff Centre with the legendary Pinchas Zukerman, and has collaborated with artists such as Ben Heppner, Dame Kiri Te Kanawa, Amanda Forsyth, Joel Quarrington. He has been invited to coach at the Canadian Opera Company for several opera productions, and in 2007, was the only Canadian pianist invited to play in recital at the Tchaikovsky Conservatory in Moscow to commemorate the 50th anniversary of Glen Gould’s famous recital there.

As one of the most respected teachers in Canada, Mr. Desmarais’ students have gone on to win national awards and study in major music schools such as the Sorbonne (Paris), Conservatory of Amsterdam, and the Cleveland Music Institute.

Mr. Desmarais was awarded the Commemorative Medal for the 125th anniversary of Canadian Confederation for his outstanding contribution to the arts in Canada and abroad. He has recently taken on the post of Music Director and Principal Conductor of Strings of St. John’s in Ottawa.

YOU CAN JOIN US BY CLICKING HERE